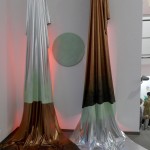 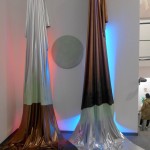 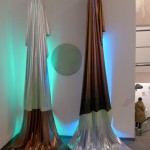 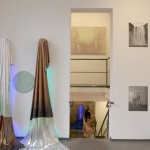 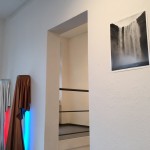 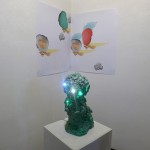 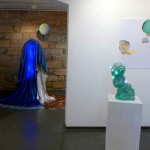 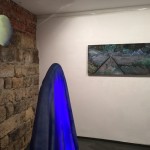 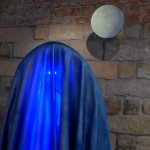 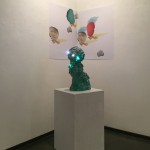 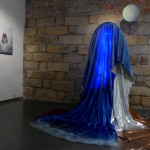 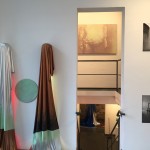 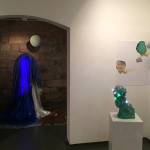 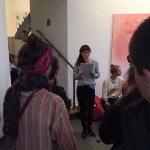 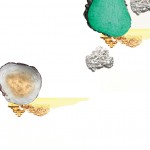 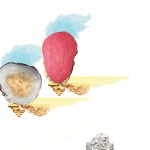 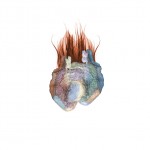 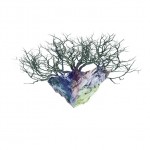 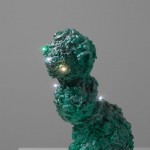 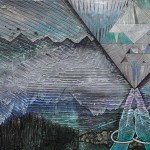 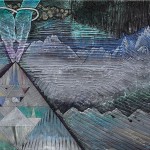 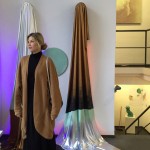 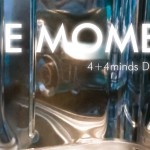 Veronika Drahotova belongs to a generation of artists that was effectively influenced by two major, existential shifts. One was political and economic and came with the decay of socialism and collapse of a totalitarian political system. The other shift came as an intellectual concept: the strong and enduring influence of postmodernism. When Jean Francoise Lyotard spoke of “the death of the grand narrative,” he could never imagine the death of socialism in this epic way. Nevertheless this generation was left with this dying narrative. At the same time it gained the absolute freedom of artistic expression through postmodernism.

A first artistic target was the deconstruction of totalitarian, collectivistic and mainstream stereo-types of any kind. Drahotova was no exception in that. She chose the individual, personal and subjective prospect of poetic imagery, as in her “Castle in the Sky” (1998) where she illuminated the whole of Prague Castle in rainbow colors. Her poetic approach channels ideas of psychology, especially the concepts of subconsciousness. What is subconsciousness and what are its sources? Her early works capture a more symbolic iconography as we know it from a psychoanalytic point of view. In the later work it opened up to a more and more spiritual and supernatural understanding of this subconscious resource.

Michal Tošner puts her work into a Deleuze and Guattari perspective, defining painting as an abstract machine of “enfacing,” and identifying her works as visualizations of her own subconsciousness. To create these artworks and to observe them is a process of decoding the artists’ individual source code of an astral being. Are we dealing with a concept of reincarnations? Are we living through many existences and is the subconsciousness the “hard drive” of all the memories of all lives or incarnations?

Her series “Massive Memories” (2014) suggests a re-creator and creator at the same time? Is the creation of subconscious imagery a form of recreation? What does it recall or recreate: Memories or Inventions, or both at once? To these questions the artworks are the only answers. The works represent the artists’ basic research to answer questions of her own existence in particular and in general. In late postmodernism this super-personal resource has become one of the credible source codes left to artists. “Until The End Of Time” (2013) is a good example of this code, as it question where does metaphysics begin, and more over do metaphysics even exist? Is metaphysics part of the subconsciousness? Is the reception of metaphysics individual or collective, subjective or objective? And are these symbols of civilization like the pyramids, the sign for infinity for time and the praying hands for a supernatural creative force meaningful in a different way? Are these signs of alien forces instead of the false narratives of Christian cultural history and anthropology?

The work of Drahotova includes another prominent aspect. In the time of religious reformation, “esoteric” was a fighting term used against those who questioned the clerical system. Today the expression would be “conspiracy,” a fighting term which meanwhile covers not only political conspiracy, but more and more drops into science, where we see a strong shift of believes in human anthropology and general scientific belief systems. This involves symbols of culture like the pyramids, the idea of infinity or sky and cosmic phenomena of different kinds.

We more and more question “the order of discourse,” as Michel Foucault puts it. Meanwhile the exchange of data about the different archeological anomalies allows a discourse-analytical evaluation. The scientific status quo is clearly questionable. Art is expression through form of individual and subjective convictions without any limitations through orders of discourse. You can question or as we said deconstruct the discourse through artistic imagery. You can express your doubts as well as your convictions through artworks.

To question this mainstream anthropology and the inclusive philosophy is a strong aspect of Drahotova’s work. She does this by disclosing visions and images of her imaginative conscious and subconscious existence. Today the mainstream discourses in anthropology as well as in belief systems are shifting towards a modification and strongly approaches a disclosure of knowledge which is not shared with the public, may it be in human or natural sciences. The work of Drahotova expresses these shifts as well as giving the answers from her own subconsciousness or as she puts it “Massive Memory.”