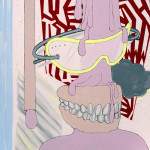 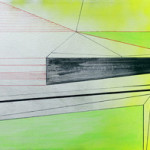 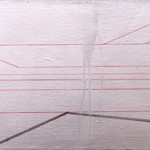 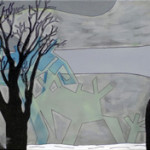 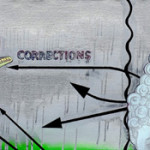 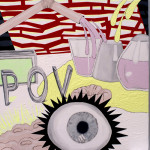 The title Memplex City is loosely taken from Ethologist Richard Dawkins’s theory of the “Meme”, a biology-based theory. Memes are defined as “An element of a culture that may be considered to be passed on by non-genetic means, especially imitation”. Memes are information units which are stored in brains (or external objects) and which are transferred to other individuals by means of social learning. Meme transfer takes place via various sensory modalities (mainly visual and acoustic).

This new series of paintings seem to question in what direction our minds inevitably lead us, or why we choose the paths we do in our lives. Is the influence, the urge, due to something that occurs from within, something genetically contained or something socially learned? Are we simply imitations of other memes?

The series as a whole lures with a strange seduction, with its sexual and melancholic morbidity of colour. It lies somewhere between sex and death, reproduction and imitation. The recurring symbol of the straw in most of the images can work both as a means of connection, and expulsion. There is an organized chaos presented here. They have formed a union, a grotesque yet attractive harmony between the organic and scientific.

They are mazes, a mutating repetition of puzzles in which we wander through trying to find our way, or perhaps we are simply drawn in directions we have no real control over. They beckon us to question where we have been, where we are heading to, and inevitably, where will we end up – or maybe more importantly, where will we find ourselves most comfortable?

Memes, like genes, can either choose to cooperate with or fight against each other. In the case of cooperation, they unite to form memplexes. A memplex is a group of memes that reproduce mostly together because it is preferable and more effective.

What we are witnessing and engaging in as a group here tonight –can be considered a Memplex.